Check out the recap as a PDF 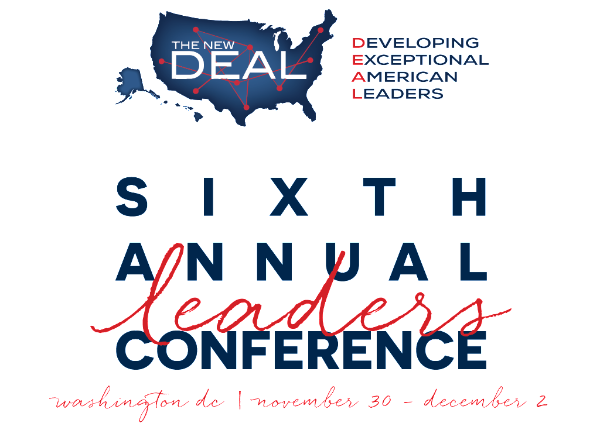 Thank you to everyone who joined us in Washington DC last week for our 6th Annual NewDEAL Leaders Conference. The event came at an important time to take stock following the election, and discuss how best to move our country forward in the months and years ahead. 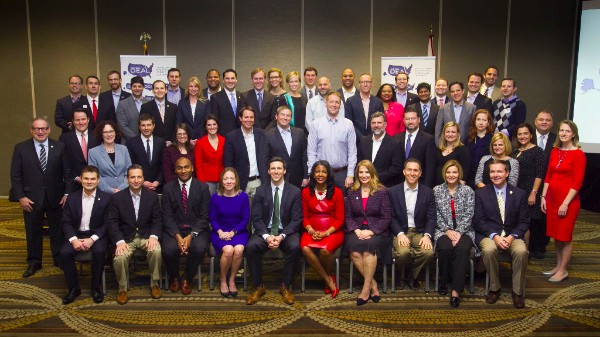 Over three days, 60 NewDEAL State and Local Leaders met and shared ideas with Members of Congress, policy and political experts, private sector leaders, and Obama administration officials.  And the message they heard was clear:  NewDEAL Leaders must continue to focus on making progress around the country and addressing the economic anxiety too many Americans are facing.

We encourage you to check out the OZY Magazine piece that ran yesterday about the Conference, and the intersection of progressive values and business. If you were not able to attend, take a look at the conference agenda, and read on for photos and highlights from our time together.

While we are living in uncertain times, we left the conference optimistic and hopeful due to the impact NewDEAL Leaders are having - and will continue to have - in states and communities across the country. We look forward to working together in 2017 to promote pro-growth progressive ideas that move our country forward. 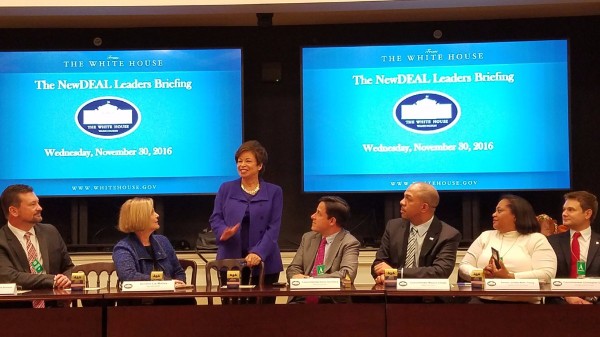 We kicked off our conference at the White House, where we talked with Obama Administration officials about the Affordable Care Act, climate and energy, and creating 21st Century Skills. Valerie Jarrett closed the session with a thank you to NewDEAL Leaders for their role in making progress over the past eight years, and a reminder of the importance of their continued leadership. 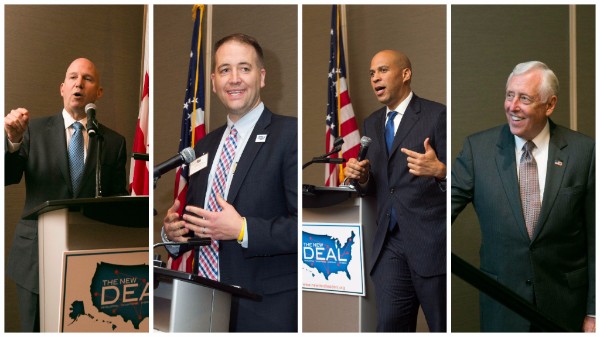 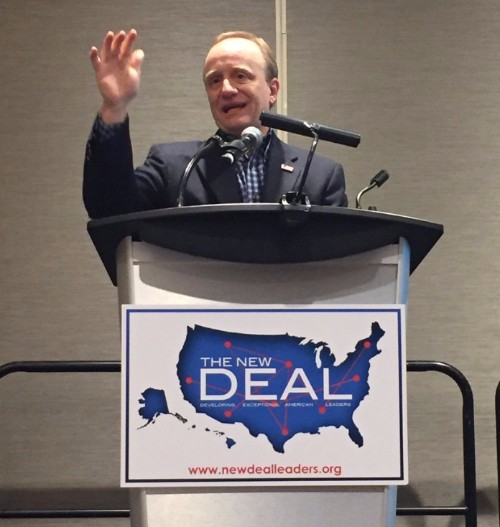 "'Get Real' -- that needs to be the motto of progressive politics.  People are in economic pain, and it is real.  We need to be about reality politics."
- Paul Begala 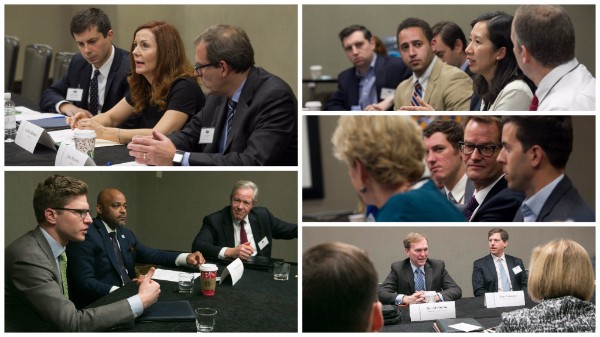 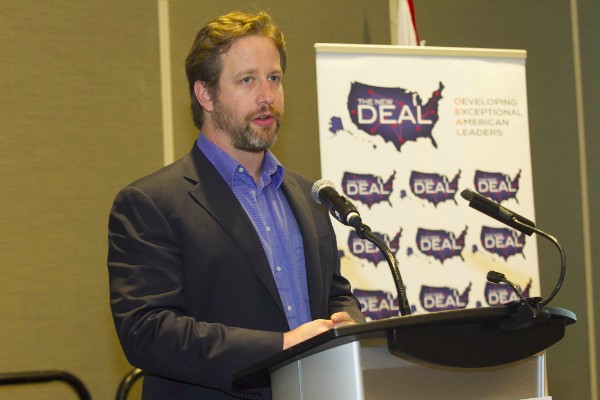 "Persistent economic anxiety is a villain that is robbing a supermajority of Americans the ability to live fully human.  We need to create economic security for everyone." - Joe Sanberg, Co-Founder and Chair of Aspiration 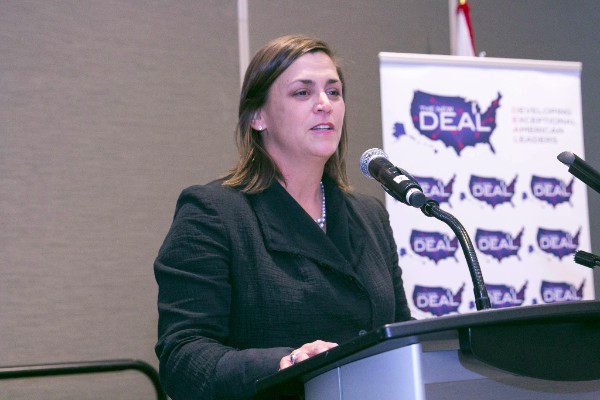 Assistant Secretary of the Department of Homeland Security
Caitlin Durkovich spoke about the importance of protecting our infrastructure from physical or cyber attacks. 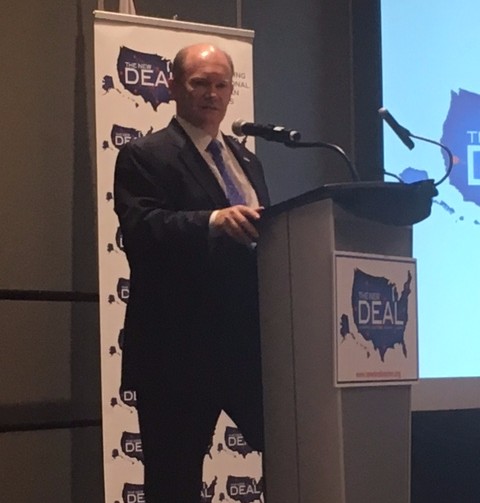 NewDEAL Honorary Vice Chair Senator Chris Coons closed out Thursday's events with remarks about governing in the next four years. 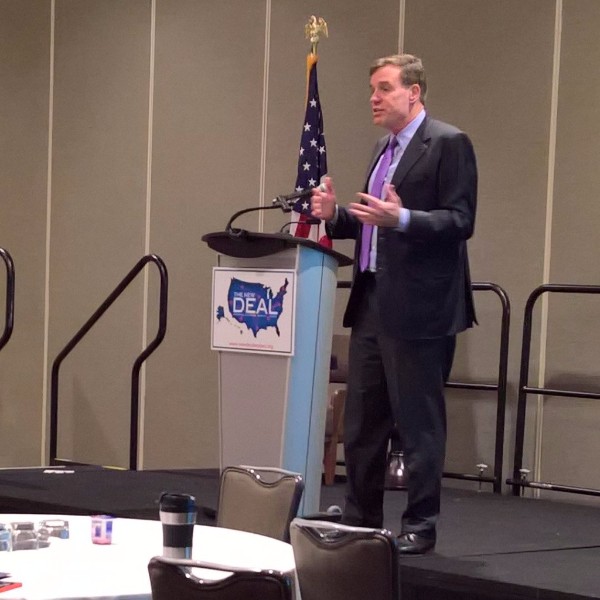 "The nature of work is changing.  When we think about traditional business, how do we lead a narrative about making a social contract that meets the workforce where it is in the 21st Century?" - NewDEAL Honorary Co-Chair Senator Mark Warner 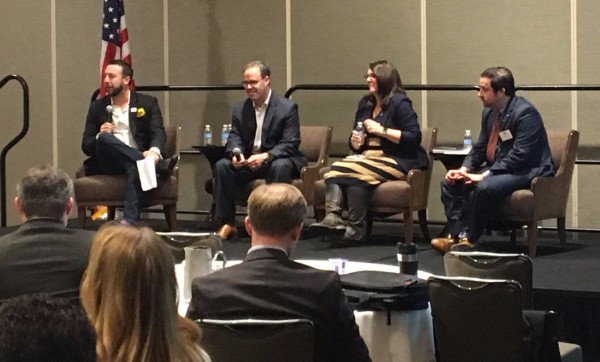 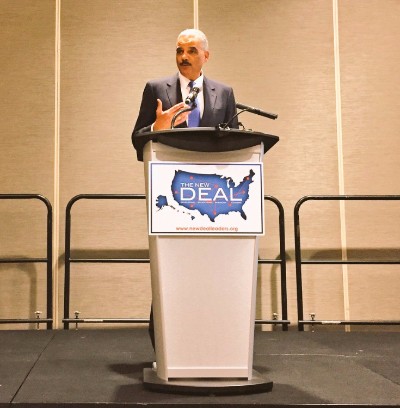 "We have made great strides as a nation - but our union is still imperfect. With commitment, with dedication, with faith in one another, we can bring about the change that our country still needs." - Former Attorney General Eric Holder