NewDEAL Leaders are driving the policy agenda to address climate change, as reported in coverage of the 2019 Ideas Summit, where members of the group announced a national initiative to identify and implement the most effective state and local solutions. The announcement of the NewDEAL Forum Climate Change Policy Group was one highlight of two days of in-depth discussions about how to address the biggest public policy issues affecting Americans’ quality of life, including the future of work, education, and affordable housing, in addition to global warming.

Thank you to the more than 40 rising state and local leaders, as well as our public and private sector partners, who participated. Check out a message from Pete Buttigieg and visit our Facebook page for full replays of keynote speakers and panel discussions. And we hope you will all mark your calendars for our fall leaders conference, November 20-22 in Washington, D.C.!

If you were unable to join us for the Summit, here are a few highlights: 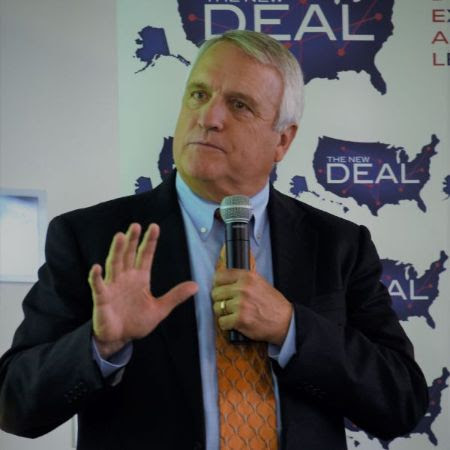 Former Colorado Governor Bill Ritter, who directs the Center for the New Energy Economy, emphasized that the damage from rising temperatures can only be stemmed with leadership from state and local officials to facilitate America’s transition to a clean energy economy:

"If you only paid attention to the federal level, it would be fair to say we are doomed. But we’re not doomed… You start talking about the number of states, number of localities, number of private companies that are doing things -- all of a sudden, people become surprised… The number one question is, 'Okay we’re moving -- are we going to move soon enough?'" 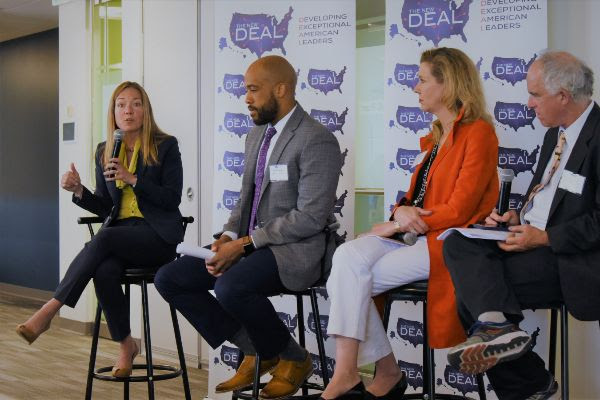 The climate group’s co-chairs -- Norfolk, VA Councilmember Andria McClellan and Wisconsin Lieutenant Governor Mandela Barnes -- were joined on a panel by Boise City Council President Lauren McLean (left), who said addressing climate change is not just a challenge, but also a huge opportunity. ”And those of us that get ahead of it and figure out how to take advantage of so many of the changes will be those that help take care of our people first and our places will thrive… [In Boise], we’re recognizing that housing, transportation, economic policy, and climate are all linked.” 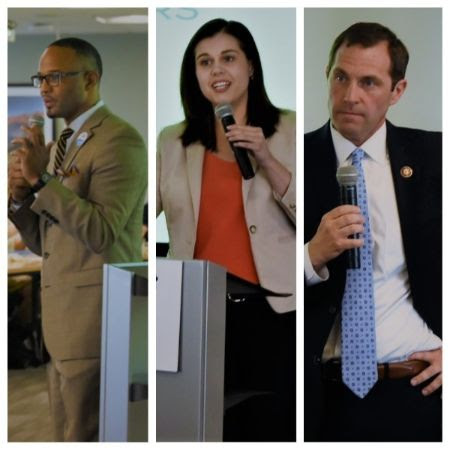 The climate discussion was preceded by opening comments from Denver City Councilmember Albus Brooks, Colorado Secretary of State Jena Griswold, who talked about what the rest of the country can learn from the state “doubling down on democracy,” and Congressman Jason Crow. A winner of one of the most hotly contested 2018 races, Crow emphasized the need for policymakers at all levels to find messages that appeal to people across the political spectrum and urged Democrats at all levels to lead in showing “the country and your communities that government can work.” 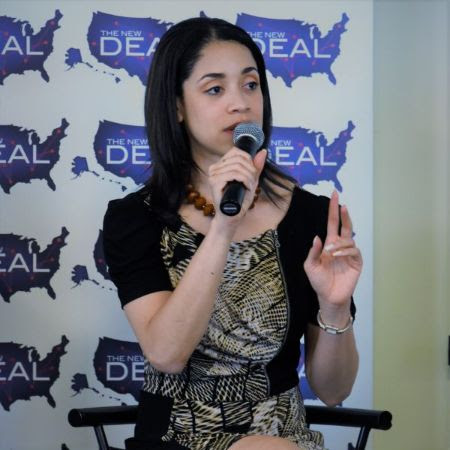 Another panel focused on how to leverage the new federal opportunity zone program to benefit the most disadvantaged neighborhoods. Echoing initiatives that NewDEALers have already undertaken in states from Maryland to Texas, Councilmember Amanda Edwards (pictured) discussed her leadership in Houston to ensure opportunity zone investments are “win-wins for everybody,” both for investors who need a means of making a profit, but also for the community itself.

Paul Major, President and CEO of the Telluride Foundation, emphasized that “You need to really think about being proactive about how you can start your deals to attract capital,” whether it’s zoning, government incentives, or technical assistance. “The capital is not just going to flow out there because the community is in need.” 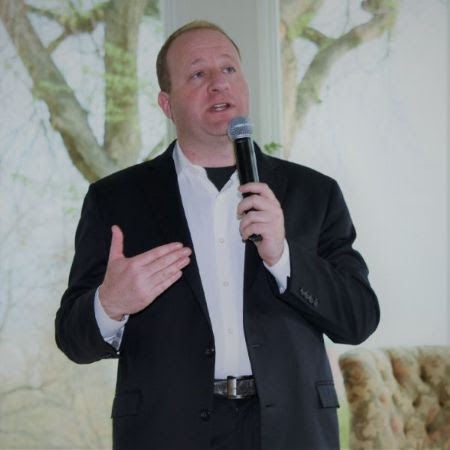 NewDEAL Honorary Vice Chair Governor Jared Polis addressed Summit attendees at a reception, where he highlighted the progress Colorado made in the just-completed legislative session. He noted the leadership of NewDEALers in the legislature to reduce greenhouse gas emissions, make health care more affordable, and expand educational opportunities from increased pre-K availability through supports for keeping high school students on track. 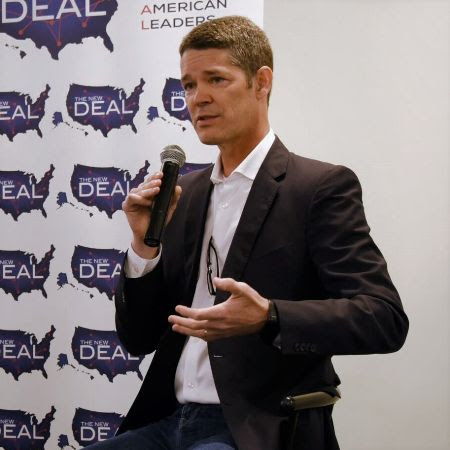 The Summit also built on NewDEAL’s focus on stepping up to the challenges of the changing economy, with former WTO Ambassador Michael Punke imploring that “globalization is not a choice; it’s a dynamic that has been going on for centuries".... It’s not a question of “should we have globalization or not. If we are honest with people we have to tell them that it’s been going on, and will go on, and the real question is how do we address it.”

The event concluded with a session to quantify the impacts of automation and explore ways to create pathways to good jobs for students and workers. “We must develop a 21st century version of what was developed in the 20th century, because where we find ourselves right now is - we need new education & training policies. We need to modernize the safety net, and we do need to figure out how to provide a set of worker protections for people who are working in different ways than they did in the 20th century,” said Alastair Fitzpayne, Executive Director of the Aspen Future of Work Initiative.

“The fastest-growing jobs that pay over $50,000 a year - all but one of them requires post-secondary education. And if I haven’t convinced you yet that post-secondary education is critical for the jobs of today, 99% of jobs created since the Great Recession have gone to people with more than a high school diploma,” said Phillip Lovell, Vice President at the Alliance for Excellent Education (pictured at right during a panel discussion).