New America released a new report from the Opioid Mapping Initiative coalition that documents local efforts to combat the opioid epidemic.  The report includes case studies from seven participating local governments with lessons learned and best practices. Check out the report, which also includes national maps of Naloxone access and prescription drop-off locations, as well as a crowdsourced "Lost Loved Ones" map which seeks to break the stigma associated with talking about drug overdoses by connecting data to human stories.

Election Day has been declared a holiday for state employees in 13 states, and NewDEAL Leaders are working to spread this policy at the local level, which can increase voter turnout and make it easier to recruit poll workers. NewDEAL Leaders Cincinnati Councilmember P.G. Sittenfeld & Atlanta Councilmember Amir Farokhi joined colleagues to file legislation in their respective cities to make Election Day a city holiday. The holiday will make it easier for city employees to exercise their democratic right to vote, and private employers could follow the city's example to make it easier for all workers to get to the polls. 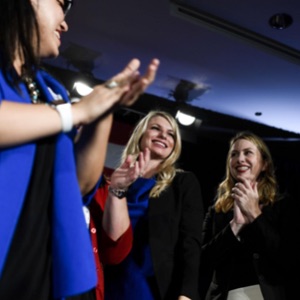 NewDEAL Leaders Senators Kerry Donovan and Brittany Pettersen were profiled by NBC News this week as part the "Fab Five", five female friends who all won or retained Colorado Senate seats in November, helped flip the chamber and are now part of the country's first female-led majority caucus. The Senators discussed how their support for one another was key to their individual successes, their policy priorities for the session, and how they hope they inspire other women to run for office. Read more about these dynamic women and the leadership they are providing for their state.