Helen Milby, Founder and Board Chair

Over the last 20 years, she has worked tirelessly for moderate political leaders and pro-innovation ideals, serving first as the Director of Development for the Democratic Leadership Council and the Progressive Policy Institute, and then as president of her own company.

Ms. Milby is a native Washingtonian, a graduate of the Madeira School, and she received a Bachelor of Arts from Colby College; she and her husband have two daughters.

Anne Slaughter Andrew served as our U.S. Ambassador in Costa Rica under President Obama. In addition to her public service, former Amb. Andrew is a Social Entrepreneur investing, advising and advocating clean energy and sustainable development. Recent projects include co-founding TerViva, LLC, an agro-technology company developing environmentally sustainable crops for food and fuel; and Co-founder of EARTH University's Center for Rural Impact.  In addition, former Amb. Andrew serves on the Board of Directors of Ad Astra Rocket Company in Houston, Texas and as an advisor to a number of start-up clean energy businesses. In addition to serving on the Board of Directors of Earth University, former Amb. Andrew also serves on the Board of the Natural Resources Defense Council (NRDC), Purdue University – Global Affairs Strategic Advisory Council and the Telluride Foundation (Colorado).

Claude Fontheim is the CEO of Fontheim International, LLC. Mr. Fontheim advises clients regarding global corporate social responsibility and public policy.  He has over 30 years of experience in these fields and was among the first CSR practitioners.

Mr. Fontheim has published numerous articles, including on international trade, corporate social responsibility, and labor policy. These articles have appeared in Blueprint magazine, PR Week, various scholarly journals, and he authored the chapter on European telecommunications policy and regulation in the American Enterprise Institute series, “The United States Faces a United Europe,” and the concluding chapter of Trade Policy: The Lawyer’s Perspective of which he was co-editor.

Matt Gelman is the General Manager of Congressional Affairs for Microsoft where he leads the company’s advocacy efforts before Congress.  In this capacity, Matt manages a team of senior Microsoft lobbyists and works closely with stakeholders on legislative matters that impact the company.

Matt took an unpaid leave of absence from Microsoft in January and February 2007 to serve as a senior advisor to House Majority Whip James Clyburn (D-SC) for the start of the 110th Congress.  In this capacity, Matt helped assemble the new majority’s whip operation and advised leadership on strategy.  Before joining Microsoft in 2002, Matt worked for three years as a Principal at the lobbying and public relations firm PodestaMattoon where he managed the firm’s biotechnology practice.  Prior to joining PodestaMattoon, Matt worked for ten years on the House Democratic leadership staff.  He served for eight years as the Floor Assistant to Democratic Whip David Bonior (D-MI) where he ran the Whip’s vote counting operation in the House and two years as a Special Assistant to House Majority Leader Richard Gephardt (D-MO).

Matt currently serves on the Board of Horton’s Kids, a non-profit that provides comprehensive services to the children of Washington, D.C.’s Anacostia neighborhood.  Matt also serves on the Board for the Faith and Politics Institute, a non-profit that that inspires political leaders to reflect and engage with one another for the good of our nation.

Develop’s clients include some of the largest and most influential Opportunity Zone Funds in the country, collectively deploying billions of dollars in dozens of cities around the country in assets including real estate, energy and infrastructure, high-growth businesses, entertainment, impact investments, and beyond. Develop spearheaded the Opportunity Zones Index, the first comprehensive economic analysis of the 8,000 OZ census tracts in America.

Steve is also the Co-Founder and former Chief Executive Officer of the Economic Innovation Group, the bipartisan public policy organization that was the chief architect of the concept and legislation that launched the $6 trillion Opportunity Zones program.

Steve previously served in the Obama Administration as a senior economic advisor at the White House, where he managed international trade, foreign investment, manufacturing and small business issues for the National Security Council and National Economic Council. He was also Chief of Staff for the U.S. and Foreign Commercial Service at the U.S. Department of Commerce. Prior to the Administration, Steve served in legal roles on Capitol Hill, the U.S. Department of Justice, the Democratic National Committee, and a private law firm.

Steve is based in Washington, DC with his wife, Christen, and their two sons, Elliott and Jacob. 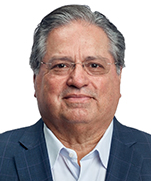 Gilberto S. Ocañas is a senior advisor at Dentons, and has spent thirty years working to build a network of political and business relationships with community leaders, operatives, entrepreneurs and elected officials. His coalition-building skills include gathering local intelligence, performing political outreach and crafting communications strategies that work for his clients. This unique combination of experience has led to Gilberto providing quality business management consulting services to clients in both the public and private sectors, domestically and internationally.

A veteran of four presidential campaigns, Gilberto most recently led the National Latino Presidential Campaign for the Democratic National Committee (DNC) in 2000. Other roles include twice serving as the DNC regional field director, in addition to his role as DNC director of the Office of Voter Participation under the late Chairman Ron Brown. Gilberto has run statewide campaigns in Texas. When he began, he was one of the first Hispanics to do so. When he was director of Communications for the Southwest Voter Registration Education Project, he led one of the most successful voter registration and education groups in the Southwest.

Andrew Platt is Vice President, Policy + Social Impact at Vemo Education, a venture backed educational technology company, where he works at the intersection of the private, public, and philanthropic sectors. Andrew previously served for four years in the Maryland state legislature, representing his hometown of Gaithersburg. Prior to the state legislature, Andrew worked for a House Leadership Office on Capitol Hill.

Leslie Pollner is a senior policy advisor in Holland & Knight's Public Policy & Regulation Group. Ms. Pollner focuses on several key industries, including transportation, economic development and housing. Her extensive experience in government at both the federal and local level allows her to help clients develop innovative solutions and advocacy strategies to achieve results.

Prior to joining the firm, Ms. Pollner was the deputy mayor for federal affairs in Los Angeles under Mayor Antonio Villaraigosa. She led the city of Los Angeles' office in Washington, D.C., directed its federal advocacy efforts, and managed lobbying teams at the Los Angeles port, airport and public utilities commissions. Ms. Pollner was also the principal liaison with the U.S. Conference of Mayors while Mayor Villaraigosa was the president of the organization and worked with mayors across the country on key issues, including building a coalition to support the transportation reauthorization bill.

Prior to that, Ms. Pollner was a two-time chief of staff for U.S. Reps. Suzanne Kosmas and Tim Mahoney, both of Florida. She has also worked in public affairs consulting and crisis communications support for Fortune 500 companies and helped develop communications strategies for the Bill & Melinda Gates Foundation, concentrating on the nonprofit's education investments.