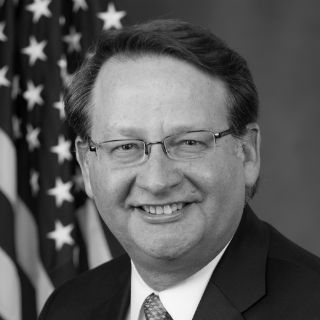 Elected in 2014, Senator Gary Peters is honored to represent the State of Michigan in the U.S. Senate. Throughout his career in public service, Peters has been a strong, independent voice for Michigan’s families and small businesses. He has focused on uniting communities by fighting for the things that we can all agree on—a stronger local economy, more good paying jobs across our state and a fair chance for everyone to succeed.

In the U.S. Senate, Peters’ top priority is to continue supporting job creation and economic growth to strengthen small businesses and our middle class. Senator Peters is committed to working with members of both parties to find commonsense, practical and bipartisan solutions to the challenges facing Michigan and our nation. Senator Peters began his public service as a Rochester Hills City Councilman, after which he was elected to the Michigan State Senate in 1994 and the U.S. House of Representatives in 2008. The son of a World War II veteran, Senator Peters served in uniform as a Seabee combat warfare specialist and rose to the rank of Lieutenant Commander in the U.S. Navy Reserve. After the September 11th terrorist attacks on our country, Peters signed up to again serve in the U.S. Navy Reserve.

Senator Peters also enjoyed a successful career in business. For 22 years, he worked as an investment advisor helping families save for their retirement and provide for their children’s college education.