Enormous opportunities exist for Democrats to tap into the tremendous energy and political engagement across the country and to provide the leadership our nation needs. Off-year results in Virginia, Alabama, and elsewhere have demonstrated the potential for a turnaround after the extraordinary disappointment of 2016. However, to win and to effectively lead the country requires an aspirational message as well as a proactive agenda that addresses real anxieties about our changing economy and connects with voters in all parts of America. Having lost significant ground in down ballot races, and having fallen short in convincing large groups of voters that we have the solutions to increase opportunity for them, we need leaders in our party with fresh voices and fresh ideas. And our country needs leaders who can transcend the divisions that have recently defined our politics.

Founded in 2011, NewDEAL supports an exceptional network of rising leaders -- city councilmembers, mayors, state legislators, and statewide office holders who are winning and governing effectively in 46 states and the U.S. Virgin Islands. They are developing, fighting for, and implementing pro-growth, progressive policies across the country to address the challenges of the new economy, and they represent a bench from which the Democratic Party should draw its future leaders and policy agendas. Please take a moment to read the Way Forward, which highlights their ideas to solve the key challenges facing America today.

Please become a champion of the next generation of leaders and ideas -- the future of our party and our country. By committing to give or raise $2,500 per year, you can become a member of the NewDEAL Champions' Circle and receive the following benefits:

Click here to commit today to joining the Champions’ Circle

For more information on membership, please contact Brittany Wise at Brittany@newdealleaders.org or at (202) 660-1340 x4.

Jonathan Bing is the Co-Chair of the Goverment Relations practice and a Principal of the national law firm Jackson Lewis P.C. Jonathan’s work includes New York State and New York City lobbying, insurance regulatory, and hospitality law.  He previously served by the appointment of Governor Andrew Cuomo as the Special Deputy Superintendent in charge of the New York Liquidation Bureau.  Prior to the NYLB, Jonathan was elected to five terms in the New York State Assembly representing the East Side of Manhattan where he authored three dozen laws, including the no-fault divorce law and and legislation to provide access to health care coverage for 9/11 World Trade Center rescue, recovery and clean-up workers.

Jonathan is currently a member of the Steering Committee on the Association for a Better New York, the American Bar Association’s Standing Committee on Gun Violence, the Lawyers Council of the Citizens Crime Commission of NYC, and the Board of BRANCH, which works to prevent domestic violence and human trafficking in Africa. He is a graduate of the University of Pennsylvania and the New York University School of Law. 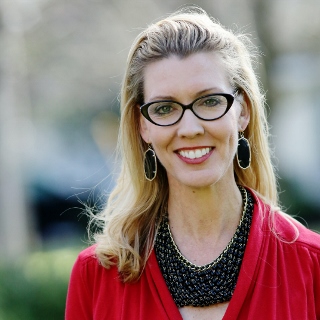 NewDEAL Leader Norfolk, VA Councilmember Andria McClellan is using her experience as an entrepreneur, civic leader and community activist, parent of three school-aged children, and former Planning Commissioner to make meaningful and progressive changes to the city of Norfolk, Virginia. Unseating a 16-year incumbent in 2016, she was elected to serve a Superward City Council seat for the second largest city in Virginia because of her pro-growth, innovation platform which focused on improving public schools; diversifying the economy in a city home to the largest Naval Base in the world; finding innovative solutions and funding to address sea level rise; and, creating a more engaged, accessible and transparent city government.

Andria has served on numerous boards and commission throughout the city, the region and the state, including the Virginia Small Business Advisory Board, the Virginia Family & Children’s Trust Fund, and the Local Government Advisory Committee for the EPA’s Chesapeake Bay Program. She began her career working in sales and marketing for two Fortune 500 companies, after which she ran two start-up enterprises (one in manufacturing and one in tech). Andria earned her B.A. from the University of Virginia and graduated from the Wharton Management Program at the University of Pennsylvania. She is also a proud graduate of the CIVIC Leadership Institute and U.Va’s Sorensen Political Leaders Program.