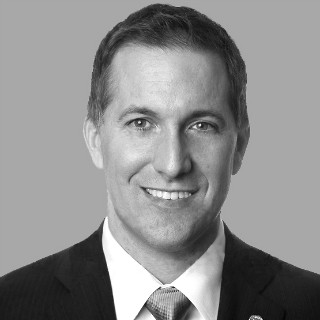 Elected State Attorney for Palm Beach County, Florida, in November 2012, Dave Aronberg leads an office of 120 prosecutors with more than 66,000 cases each year. As State Attorney, Dave has overseen a dramatic improvement in conviction rates; a reduction in the "direct filing" of juveniles into adult court; an expansion of drug court and veterans court, which emphasize rehabilitation over incarceration; and the creation of innovative diversion programs for first-time domestic violence and DUI offenders that have reduced recidivism rates and saved taxpayer dollars.  To combat fraud and abuse in the drug treatment industry, Dave created a first-of-its-kind "Sober Homes Task Force," that has made more than 85 arrests and led to a 40% drop in opioid overdose deaths in Palm Beach County in 2018.

Today, big money in the drug treatment industry comes through failure. Together, the ACA and Mental Health Parity Act ensure that drug addiction relapse is always covered as an essential health benefit, and that children remain on their parents’ policies until age 26 and cannot be excluded due to a pre-existing condition. This has provided a financial incentive for corrupt private providers to keep the patient in an endless cycle of rehab.

I propose to extend Medicare’s outcome-based reimbursement model to the world of private insurance payments for drug rehabilitation. Devising a formula similar to Medicare’s that financially favors the good providers could reward the best recovery centers while shuttering rogue operators. This solution will help clean up the fraud and abuse in the treatment industry, which in turn will save lives from drug overdoses.

The opioid crisis has been devastating to local, state and national communities. Unfortunately, many stakeholders operate in a vacuum, lacking communication and cooperation. Opportunities to positively impact the crisis may remain unknown to legislators, law enforcement, medical societies, treatment providers and the public at large. The void created by disjointed action can actually serve to perpetuate the inefficiencies, fraud and abuse that currently plague our current system of treating opioid use disorder. The problems of patient brokering and insurance fraud, which have plagued the rehab industry, has spread throughout the country. In response, Palm Beach County's Sober Homes Task Force provides a national model for success.

There are many honest, effective providers in the addiction arena that are working tirelessly toward the goal of reducing drug dependency and overdose deaths. Combining these forces with elected leaders, patient advocates and others will develop innovative ideas and legislative proposals that will provide law enforcement and regulators with the proper tools to reduce fraud and abuse in the treatment industry. Two task forces -- law enforcement and civilian -- working toward the common goal of protecting those with substance use disorder and holding accountable corrupted providers will bring clarity, oversight and needed change to a complex and inefficient treatment system. As a result, lives will be saved and taxpayer funds safeguarded.

Too many veterans return home with health, substance abuse and/or psychosocial problems, making it difficult to re-enter the civilian population. A lack of jobs, along with family and housing issues, also takes its toll. When these veterans run afoul of the criminal justice system, it’s important for their unique circumstances to be understood and addressed.

Palm Beach County created a Veterans Court, partnering with federal, state and local agencies, to solve the participants’ underlying health, substance abuse and psychological problems. Honorably discharged veterans who commit certain misdemeanor and felony crimes are eligible upon the consent of the victims. Veterans Court is a non-adversarial atmosphere where a judge, prosecutor and public defender – all veterans themselves – work together to break the cycle of substance abuse and criminal behavior, and address mental and physical health issues. Perhaps most importantly, each veteran in the program is assigned a mentor -- a fellow veteran usually from the same branch of service -- to be there every step of the way. Working together, nearly all veterans successfully complete the program and return to a law-abiding life. Meanwhile, costs of pretrial incarceration have been reduced by 73%.