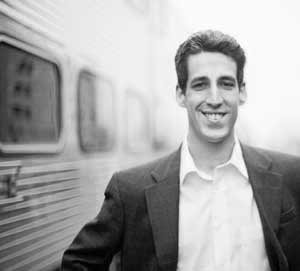 State Senator Daniel Biss is a former math professor at the University of Chicago and was elected to the Senate in 2010. Since his election, Daniel has passed legislation on a variety of issues, including environmental policy, high tech economic growth, political reform, equal rights for individuals with autism and consumer protection. He rapidly emerged as an acknowledged leader on fiscal matters, pushing both parties to overhaul the budget process to align spending with available revenue while preserving our top priorities. Daniel also played a pivotal role in passing legislation to support Illinois’s high tech entrepreneurs by tripling investments in Illinois venture capital at no cost to taxpayers, an effort that had stalled in the House in previous years.

In just his first term, Daniel has already earned broad acclaim for his leadership and accomplishments, including the John W. Maitland Award by the Illinois Biotechnology Industry Organization. Daniel served as a co-chair for a bipartisan working group to explore solutions to address the state’s pension crisis and was recently appointed to chair the state’s Digital Divide Elimination Advisory Committee.

Roughly half the private sector workforce, including over 2.5 million Illinois residents, lack access to employer-sponsored retirement plans and will not have enough money saved up for retirement. That means that a large percentage of workers will be almost entirely dependent on Social Security - which is not a sustainable way to ensure older adult participation in our economy.

Senator Biss proposed that workers in Illinois without access to employer sponsored plans should be automatically enrolled in an IRA so they can easily save for retirement. Neither the state nor employers would contribute to Secure Choice retirement accounts, and assets from individual contributions would be pooled to ensure low fees and secure investments. This program would significantly increase savings rates, taxpayers wouldn't be on the hook for anything, and employers wouldn't have to manage any burden more significant than processing a payroll deduction.