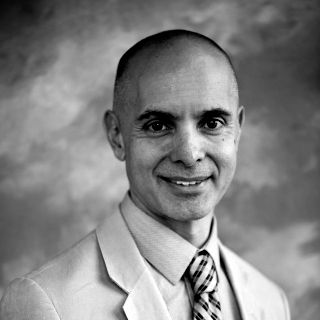 Christopher Cabaldon was first elected Mayor of West Sacramento in 1998, and is serving his eleventh term.  He is the first mayor elected directly by the voters of the city, after serving four terms as Mayor on the city council.  The Sacramento Bee says that “under his leadership, the city has become one of the municipal stars of the region.”

Cabaldon acts in a leadership role at the United States Conference of Mayors, where he is Chair of the Jobs, Education, and the Workforce Committee.  He is also a member of Sacramento Area Council of Governments Board, has served on a variety of regional transportation and air quality agency boards, and is California’s commissioner on the Western Interstate Commission on Higher Education.

In 2019, Cabaldon was named the first Hazel Cramer Endowed Chair in the Department of Public Policy and Administration at CSU Sacramento.

Mayor Cabaldon’s work on transportation, land use, water, air quality and climate change, housing, and economic development at the local, regional, and statewide scales has won numerous awards, and has become the model for effective regional collaborative action. Mr. Cabaldon earned his B.S. in environmental economics from UC Berkeley, and a Master of Public Policy & Administration degree from CSU Sacramento, where he received the Distinguished Alumni Award.

Since its incorporation in 1987, West Sacramento has been a regional leader for infill housing and economic development. The city’s workforce development activities however, have yet to mature with the changing economic landscape. Once a blue collar city across the river from Sacramento, West Sacramento has developed tremendously in the past 28 years into a hub of research and development, advanced manufacturing, food processing, and logistics. The education system has yet to fully respond to the altered business environment, and the area has one of the highest unemployment rates in the region.

The Kids’ Home Run is an educational and jobs initiative that combines new and existing programs in the lives of children ages four to eighteen. The initiative supports improved alignment of the education system and workforce needs, providing classroom instruction and on the job training for entry level careers while ensuring high school youth enroll and complete community college, all through partnerships between the city, school district, community college, and local nonprofits.  The initiative is composed of four programs: Universal Preschool for every four year old, a guaranteed $50 college savings account for kindergartners, guaranteed internships for high school students and a college promise program for one year of fee free community college. Voters approved funding the initiative in November through a sales tax initiative, and our business community, school district and community college district have all come together to support it.

West Sacramento On-Demand: Mobility for All

West Sacramento On-Demand was developed as an early implementation item of the City’s Mobility Action Plan, which aims to enhance transit, create multi-modal hubs, and leverage smart technology investments. In recent years, transit ridership has declined while costs have risen and the bus simply hasn’t competed with the expediency of other modes. Mounting community feedback demanded more convenient transit options. Concurrently, residents in the City’s transit-oriented Riverfront remained reluctant to give up personal cars due to a lack of transit alternatives, resulting in parking demand challenges. West Sacramento was also concerned about impacts of limited mobility on a growing senior population, like social isolation.

West Sacramento On-Demand brings convenience and a high quality user experience to the previously underserved or transit dependent, while preserving critical social functions of public transit by safeguarding accessibility across ages, incomes and abilities. Via’s state-of-the-art technology balances speed of service with optimized vehicle occupancies, using a smart algorithm to predict demand and pick up multiple passengers along the way. Using “virtual bus stops”, riders walk up to 500 feet to meet their vehicle, but curb-to-curb and wheelchair accessible service remains available for those who need it. By offering rides for just $3.50, or $1.75 for seniors and disabled riders, the service improves access to critical daily amenities.