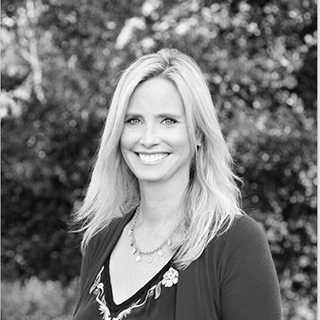 Laura Capps, a proud graduate of Santa Barbara public schools, is a member of the Board of Education for Santa Barbara Unified School District. Her son is in the first grade at the elementary school she attended, and she is the only member on the board with a student currently in the district. In the short time she has been in office, she has lead the charge to solarize campus buildings, instituted a new program to register eligible students to vote, and worked with her colleagues to close a $2 million dollar budget shortfall.

Laura has devoted her career to public service, serving as a White House speechwriter for President Clinton, a communications director on John Kerry’s presidential campaign, an advisor in the United States Senate to Senator Edward Kennedy, part of Al Gore’s climate change campaign, and an ocean conservation advocate. In addition to her service with the Santa Barbara Unified Board of Education, Laura manages her own public affairs practice collaborating with non-profit organizations on issues of climate, poverty, immigration, and childhood hunger. Active in the community, Laura is President of the Board of the Community Environmental Council and a Director of the Planned Parenthood Action Fund. She recently served on the Santa Barbara County Commission for Women and on the Board of Trustees for her alma mater, University of California, Berkeley. She has taught college courses on Congress and politics at the University of California Washington Center and holds a Masters in History with Distinction from the London School of Economics.

Schools as Centers of Sustainability

As public institutions, our school facilities are generally not on the forefront of design innovation. With twenty-one schools, the district I represent is one of the biggest property owners in the region, yet completely reliant on fossil fuels. For example, not one of them is powered by solar energy and there is just one car charging station for the several thousand employees in the district. Given this context, made sustainability a priority in the district, by first spearheading a climate change resolution that passed and also pushing for a staff position solely devoted to making great strides in this area. Climate change disproportionately impacts future generations and our schools should lead the way in our climate crisis.

Creating a sustainability position is not just good for the environment but it is smart economics. Districts across the country are now seeing savings of several hundred thousand dollars by shifting to renewable energy sources, conducting audits on energy and water use and employing innovative strategies. Making sustainability a priority in the form of this position, will foster a more comprehensive educational environment for students growing up in a climate crisis, directly showing them the tangible actions that can be taken.