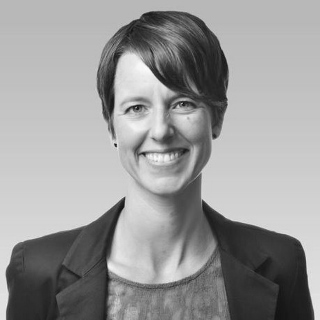 Rep. Jenny Eck is Minority Whip in the Montana House of Representatives and is running for her third term in office. Since joining the Montana House, Jenny has successfully passed ten pieces of legislation. These bills reflect her focus areas of safer communities, mental health, consumer protection, justice system reforms, and gender equity.

Currently, Jenny is the Montana State Director for the Hillary for America campaign. Last interim, she worked as Interim Director for Carol’s List, an organization dedicated to electing progressive women in Montana. Prior to her election, Eck worked in consumer protection at the Montana Attorney General's Office. Eck is a member of several boards throughout her community, including the Lewis and Clark County Board of Health and the Attorney General’s Domestic Violence Fatality Review Commission. Eck is board vice president to Carol’s List. She also serves on the national Democratic Legislative Campaign Committee, on the Montana Democratic Party Executive Board, and as a co-chair to the Montana Democratic Legislative Campaign Committee. In 2015, Jenny was chosen as a Rodel Fellow with the Aspen Institute. She and her husband, Brian, live in Helena, MT with their two children.