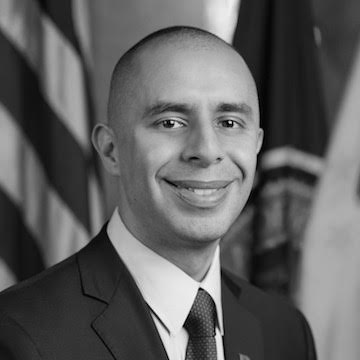 Mayor Jorge O. Elorza was born in Providence and grew up in the city’s West End. After graduating from Classical High School, he earned his bachelor's degree from URI and worked as an auditor on Wall Street. He received his Juris Doctor degree from Harvard Law School in 2003.

Elorza returned to Providence and worked as an attorney for RI Legal Services. In 2005, he became faculty at RWU Law School where he litigated public interest cases and co-founded the Latino Policy Institute.

In 2010, Elorza was appointed to the Providence Housing Court, where he served until 2013. Elorza was elected as Providence’s 38th Mayor and took office in 2015. Elorza is focused on turning Providence around by creating economic opportunity for all, public services that work for everyone and innovative, ethical City government. From developing Providence’s waterfront, to his plan to eliminate the blight of abandoned properties, Mayor Elorza is ensuring Providence is positioned to succeed.