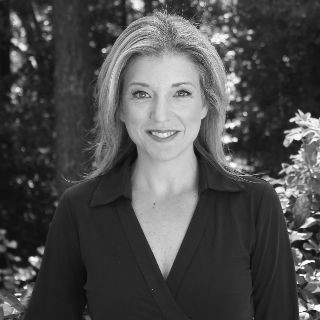 Georgia State Senator Jen Jordan (pronounced Jer-Dun) grew up in South Georgia and though she has not lived there in over 20 years, her small town background informs her approach to the law and public service. Put simply, she believes in helping people when they need it the most. Raised by a single mom who worked as a hairdresser, Jen learned first-hand the value of hard work and the importance of creating an economy that works for everyone.

From kindergarten to graduating magna cum laude from the University of Georgia School of Law, Jen is a product of Georgia’s public education system. And because of her passion for fairness, Jen became a lawyer who stands up for those the system has failed. Consistently recognized as one of the top 100 attorneys in the state (and top 50 women attorneys), she specializes in complex civil cases. In 2015, Jen brought suit against the Secretary of State (and now Governor Brian Kemp) after she uncovered an unprecedented data breach where the Secretary of State’s office unlawfully distributed the personal information of every voter in the state, a breach that affected over 6 million Georgians.

As an elected official, Jen’s record speaks for itself. From fully funding the state’s public education system for the first time in over a decade to passing a transit bill that provides the 13-county metro Atlanta region a path to tackle our growing traffic issues, Jen has worked hard to reach consensus where it made sense. But she fought hard against extremism when our values – and the safety of our children – were at stake. She has consistently championed common sense gun safety legislation that will protect victims of domestic violence and fought to protect the most basic of rights for Georgia women.