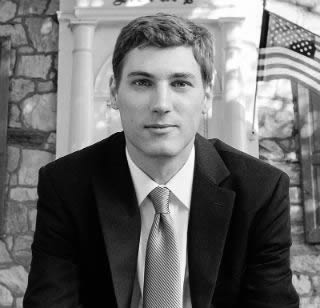 Josh Maxwell is in his third term as the mayor of Downingtown after being sworn in as Downingtown’s youngest Mayor in 2010 at the age of 26. Maxwell has focused on urban redevelopment, improving the tax-base, and personalizing the role of Mayor during his tenure. In 2017, Maxwell negotiated the largest public and private investment in Downingtown’s history - a $224 million transit-oriented development that includes a Amtrak/Septa station and trail extension that increases the value of the community by 17%.  Downingtown has gone one of the largest stretches for a Chester County borough without a tax increase and has paid down more than 60% of its debt.

Downingtown has been recognized as a leader in urban redevelopment and as a community on the rise. Downingtown was named a “Top Ten Place to Live” by Philadelphia Magazine, while Maxwell was named “Best Young Politician in Philadelphia” by the same publication.  Maxwell holds a Bachelor’s Degree from West Chester University and a Master’s Degree in Public Administration from the University of Pennsylvania.

Small industrial towns have seen manufacturing jobs leave and have lacked the ability to attract millennial workers to their communities who will pay into the tax system.

Our plan addresses the issues keeping millennials away from suburban communities, and provides the infrastructure necessary to provide jobs, without burdening taxpayers. Downingtown is turning a debilitated mill site into an Amtrak and regional rail station connected to NYC, Philadelphia, and DC which will be maintained in large part with private dollars that includes walking trail networks & public bridges. By revising zoning laws, we are able to have the train station built along with trails and bridges without tax incentives or investing any municipal money.

People in working-class communities make the biggest investments of their lives when buying homes or starting small businesses. But most people's credit is limited, so expensive sustainable building practices are not an option, and their community misses out on a clean energy infrastructure. At the same time, federal and state officials have left it it up to counties, cities, and towns to address climate change in the aggregate. This community-based initiative removes barriers to sustainable building practices in emerging communities by leveraging federal regulations for bank loan portfolios, thereby leading to increased property values for residents, increased local tax revenues for municipalities, and a sustainable future for all.

Sustainable Communities brings together local government, a community bank or credit union, and a home or small-business owner to implement a sustainable infrastructure project (such as solar panels or geothermal heat). The individual benefits from government-backed credit at low interest rates, the bank meets federal regulations to maintain secure government-backed loans in its portfolio, and the community sees returns from the increased value of the sustainable project in property tax revenue. With the sustainable project in place, the property owner receives a return on their investment and decreased overhead from lower energy costs, and the entire community and region lower their use of fossil fuels.