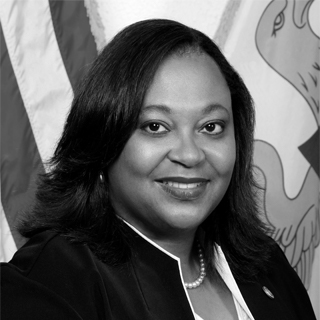 Before her election, she published a local monthly magazine, worked in journalism and communications, spent time working for the Virgin Islands Legislature and Department of Health, and also worked in the Governor's Office in communications and public relations.