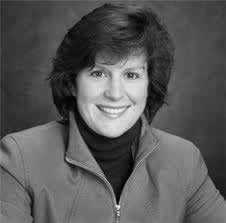 Stephanie A. Miner was the 53rd Mayor of the City of Syracuse. In 1999, Miner earned her J.D. from SUNY Buffalo and began working as a labor lawyer, representing unions and employees. She was elected Mayor in 2009 and became the first woman elected Mayor of any of the “Big 5” cities in New York. She served from 2009 to 2017.

Mayor Miner became a Syracuse Common Councilor-at-Large in 2002 after winning a citywide election. As a Councilor, she championed and helped pass legislation that gave $1 million in initial funding to Say Yes to Education, a program that provides necessary support services for Syracuse City School District students and promises free or reduced tuition to students who graduate from City high schools. During her tenure on the Council, Mayor Miner established a reputation as a principled leader who asks tough questions. This led the Syracuse Post-Standard to endorse Mayor Miner’s 2009 candidacy for Mayor, calling her “principled,” “intelligent,” “energetic,” and a “passionate advocate.”

In the City of Syracuse, assets like catchbasins, sidewalk curb corners, and stop signs are not mapped in geographic information systems. Knowing where these assets are, we could easily analyze which catchbasins are not working properly based on flooding calls, or where sidewalk curb corners are not ADA compliant. The problem is with thousands of each asset and no dedicated staff to digitize this information, the project is too large, time consuming, and expensive, for just the city to take on. Residents also do not always know the purpose of maintaining city assets, and may not be engaged to their fullest potential.

Using crowdsourcing techniques, residents could help with data collection, while saving the city time and money and contributing to open government. Crowdsourcing is already used in a variety of ways, from products like Wikipedia to programs like Open Street Map. With constrained budgets and staff time, cities can take advantage of crowdsourcing to collect data on municipally-owned assets, which not only gives cities access to critical data, but also helps residents better understand and feel more connected to government. The city could make all of the data publicly available for further analysis and expanded partnership opportunities with the public. To make this happen in Syracuse, we are using the open data portal we created and have partnered with Syracuse University on some infrastructure data-collection tasks, while also pursuing funding from local foundations and national funders like the National Science Foundation.

The City of Syracuse experiences frequent water main breaks, and the Department of Water spends most of their time responding to emergencies rather than undertaking proactive main repairs. Additionally, when the water main breaks occur, oftentimes the valves to isolate the breaks don't work. This forces the Department of Water to use valves farther away from breaks to turn off the water, which means that more people are affected by water system failure.

We used data to develop a model with risk scores for each water main segment. These risk scores help the water department to prioritize work and identify projects to ensure that water system failures cause as little disruption as possible. With this model, Syracuse is now 5 times more likely to identify a main that is likely to break, allowing us to deploy crews to test and repair water main valves and isolate the break to the smallest area possible, thereby reducing the number of people affected by water system failures. This not only allows us to identify priority main segments and coordinate main repairs with other departments and utilities, but also allows us to adjust operations and prioritize other types of work. We have also been able to deploy technology to help identify leaks before they become debilitating breaks.