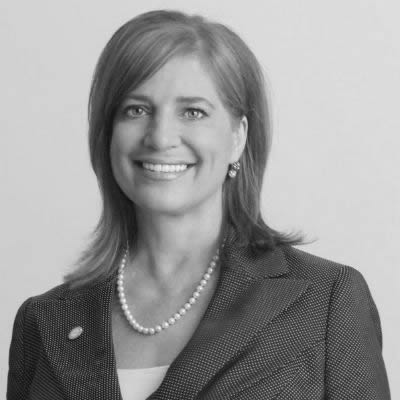 Connie Moran was been Mayor of Ocean Springs from 2005 to 2017. As Mayor, Connie led the use of Smart Growth principles in her city’s post-Katrina recovery effort – focusing on connectivity, streetscape, mixed use, energy efficiency, and beautification – after having served for seven years as a board member of the Congress for the New Urbanism. Currently, Connie recently launched a campaign called “Let’s Lighten Up!” to incentivize her city’s residents to embrace a healthy lifestyle and lose a collective 20,000 pounds.

Before becoming Mayor, Connie served as president of a consulting firm providing marketing and business development services. She has 20 years of experience in state and local government and as an Economic Development Professional, and served three years as Director of Jackson County Economic Development until 1999. Connie spent the previous five years in Frankfurt, Germany, working as the Managing Director of the State of Mississippi European Office and recruiting new business to the State on behalf of the Mississippi Development Authority. Before moving home to Mississippi, Connie conducted graduate research at the Institute of World Economics in Germany and was an economist at the World Trade Organization.