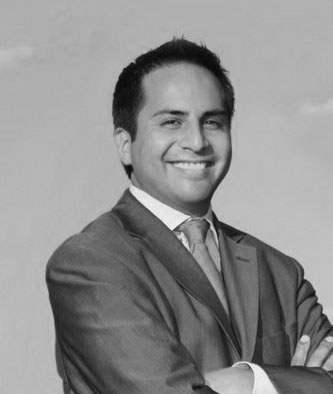 The son of working class parents and the first in his family to have access to preschool, Dan Pabon is living proof that early childhood education is a means to close the educational achievement gap. Dan was first elected to the legislature in 2010 with 75% of the vote and grew up in the same community he is now serving in the Colorado House of Representatives. After earning his JD, Dan worked at a Denver-based law firm, before becoming Northwest Denver’s neighborhood attorney, working with small business owners, residents, and non-profit organizations.

Dan has worked on higher education issues as the vice-chair of the Auraria Higher Education Center Board and was a voice for senior citizens as a member of the Association for Senior Citizens Board. He also worked for two months on the Obama-Biden Presidential transition team, where he helped draft the President’s first executive order on transparency and ethics in government.

Entrepreneurs today are developing ideas at a pace and in a way that traditional funding sources can't or don't want to fund. Many times, these companies are simply restaurant ideas, or local food markets, or even technology companies that need less than a million dollars to make their idea commercial and successful. These new business ventures require a different form of funding.

This year, Representative Dan Pabon passed legislation, “The Colorado Crowdfunding Act,” to open up the potential pool of investors that startups can approach for funding. The bill allows any Colorado resident to invest up to $5,000 in a company without the need for accreditation. While companies must inform investors of the risk and provide quarterly reports, they can skip the audit and other expenses typically needed to attract investors. The bill will help new entrepreneurs raise the initial funding they need to launch and develop their businesses and help grow the local economy.