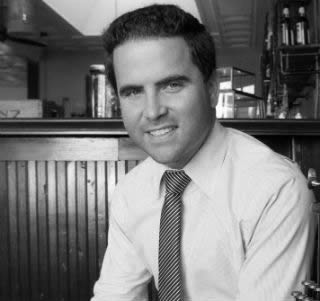 As the State Representative for District 33, Warwick also held the position of Assistant Speaker Pro Tempore during the 90th General Assembly. Both Arkansas Democrat-Gazette columnist John Brummett as well as Talk Business Quarterly named Warwick among the top ten legislators of the 2013 legislative session, and the Arkansas Times called him the "Freshman of the session". In 2014, he was among 24 national political leaders awarded the Rodel Fellowship by the Aspen Institute for his "outstanding ability to work responsibly across partisan divisions and bring greater civility to public discourse."

Before assuming his position at the Innovation Hub, Warwick was publisher of the Oxford American magazine, and in 2009 he was named to the FOLIO:40, a list of the 40 most influential people in the national magazine industry. His additional professional experience includes serving as director of development for the Clinton Foundation, as well as working on Capitol Hill, at the White House, and at Foreign Affairs magazine. He is a Marshall Scholar and a Truman Scholar, and he holds an M.A. in Philosophy, Politics and Economics from Oxford University and a B.A. (summa cum laude) in Political Science from University of Arkansas, where he graduated as valedictorian and was president of the student body. He received the University of Arkansas Young Alumni Award in 2005 and was named to the Arkansas Business "40 Under 40" in 2003, and he has volunteered and served on the boards of directors for numerous community and nonprofit organizations and projects in Little Rock.

Growth and Progress Through Public-Private Partnerships

Arkansas and other states have more infrastructure needs than they can ever afford to fund from their public treasuries. Roads, bridges, water projects, higher education facilities, and other items need to be built and sustained, but there is no room in existing budgets to allocate toward them. This is a critical problem that will suppress economic growth and impact public safety if it is not addressed.

Public-Private Partnerships can leverage the efficiency and capital of the private sector to create and sustain infrastructure that would be impossible through public funding alone, leading to more economic growth and opportunity for all. P3s have been utilized successfully around the world for several decades, but they are relatively new in the USA, and this year I passed a comprehensive bill authorizing and enabling P3s in Arkansas. As a result, private entities can now put forth unsolicited bids for proposals for what they think may be in the public interest. The bill encourages competition, while also providing a statutory framework for government entities to solicit private capital and investment, as well as a mechanism for government to capture the value it creates in increased real estate values and economic activity through a revenue sharing arrangement with developers.

The Arkansas tax system places a far greater burden on low- and middle-income Arkansans than the top 20 percent of earners in the state. High-income Arkansans pay about six percent of their total income in state and local taxes while households at the state average and below pay nearly twice that amount.

Representative Warwick Sabin sponsored “The Working Families Opportunity Act,” a state version of the federal Earned Income Tax Credit, which is the nation’s most effective tool for reducing poverty among working families and children. The WFOA provides a break to working Arkansans who currently shoulder a disproportionately high tax burden. WFOA credits help people make ends meet while working at low wages so that they can stay employed and take advantage of opportunities to make a better life for themselves and their families.

How to steal this idea:

See the legislation he sponsored in Arkansas here.

Learn about how other states are adopting and adapting the federal Earned Income Tax Credit at http://www.brookings.edu/blogs/the-avenue/posts/2015/07/29-states-eitc-local-need-holmes-berube

Visit and share the gallery of NewDEAL Challenge winners at governing.com/newdeal.