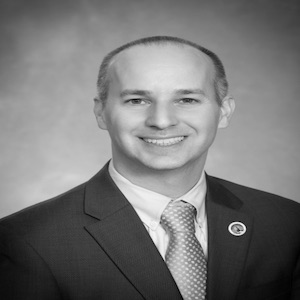 Under Schor’s leadership, Lansing expects approximately $2 billion in new investment in the city in the next few years. The city was also named the number one affordable city to live in the United States based on high quality of life and low cost of living. And the city has become transparent and engaging with the citizens of Lansing as well as the many visitors and daytime workers.

During his 2019 State of the City Address, Mayor Schor announced Lansing 2030, a Lansing vision plan highlighting the ways that Lansing will be its best self: a diverse, dense, livable and welcoming environment. Lansing will offer amenities and necessities needed to retain and sustain residents through all stages of life: children as the grow, young people starting careers, families putting down roots, established professionals looking to expand their businesses, and retirees.

Andy Schor previously served as an Ingham County Commissioner for 10 years, followed by five years in the Michigan House of Representatives representing residents of the 68th District, until assuming the Office of the Mayor January 1, 2018.

Andy and his wife, Erin, have lived in Lansing for over 20 years, and their children attend school in the Lansing Public School District. Andy graduated from the University of Michigan in Ann Arbor, earning Bachelor of Arts degrees in political science and history.