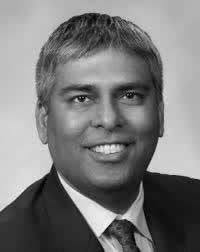 Sam Singh has served in Michigan’s House of Representatives since his election in 2012, and in 2015 was chosen Minority Floor Leader. He serves on the House Appropriations and Government Operations Committees.

Before serving in the Legislature, Singh was elected to the East Lansing City Council at the age of 24. During his 10 years on the council and one term as mayor, Singh worked to strengthen ties with Michigan State University, promote regional cooperation and support economic development. Singh also served as the president and CEO of the Michigan Nonprofit Association for ten years. In addition, he was a senior consultant to the New Economy Initiative for Southeast Michigan, a program that supports moving Michigan to a knowledge-based economy through workforce development and support to entrepreneurs.