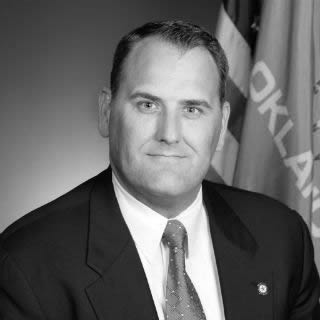 John Sparks was first elected to the Oklahoma Senate in 2006 and currently serves as Minority Floor Leader. With the University of Oklahoma located in his Senate district, John has been a strong supporter of Oklahoma’s colleges and universities, and was recognized in his first term as the Higher Education Association’s Newcomer of the Year. He currently serves as Vice Chair of the Senate Insurance Committee, and serves as member on five other committees. He previously served on the Select Committee on Pensions to address the more than $16 billion in unfunded liabilities of the state’s pension systems. Outside of the legislature, John is a founding partner of his law firm. He also serves as President of the Cleveland County Workforce Investment Board.