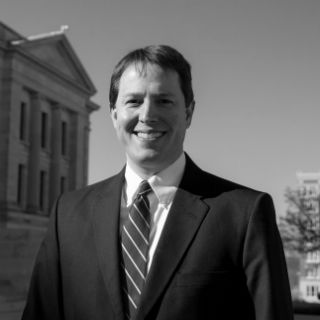 Representative Tucker has focused on improving early childhood education in Arkansas, both in terms of improving support for Pre-K education and by working to establish Dolly Parton's Imagination Library (DPIL) on a statewide basis. DPIL is a literacy program that provides age appropriate books for children between birth and age 5 on a monthly basis for just over $2 per book. Representative Tucker has also worked hard on criminal justice reform, aiming to improve behavioral health services for the criminal justice population in an effort to reduce crime and prison populations. In that regard, he has served as Co-Chair of the Legislative Task Force on Behavioral Health Treatment Access.

When a person is on probation or parole, very rarely are they current on the court fines, fees, and restitution they must pay as part of their reparations for the crimes they committed. Just as frequently, courts suspend the probationers’ and parolees’ driver’s licenses until the fines, fees, and restitution are paid in full. The problem, particularly in rural areas, is that if you do not have a driver’s license, then you have no means of transportation to travel to and from work or school. Without transportation, you cannot maintain a job. If you cannot maintain employment, then you certainly cannot pay your debt to society, nor can you support yourself or your family, at least through legal means. Crime frequently becomes the only option left.

A hardship license program will provide more crime victims with restitution, reduce recidivism, and spur employment and economic activity. The program would allow probationers and parolees who have not committed driving related offenses but who have had their driver's licenses suspended for failure to pay fines, fees, or restitution, to have a restricted license, allowing them to drive to work and school. This gives them the legal means to travel to and from the job they have that they are using to pay off their fines, fees, and restitution, or to and from the education or training that will put them in a position to succeed in the future, or both. Their driver’s licenses remain restricted for these purposes until the fines, fees, and restitution are paid in full.

85% of detainees in juvenile detention facilities are functionally illiterate. This is not a coincidence. Children who show up to kindergarten with no prior exposure to books—an outcome far too frequent in our society—do not have the neurological infrastructure to learn. Given the crucial years of early brain development, they may never have the capacity to realize their true potential. Lack of quality early childhood education leads to a host of societal problems, including increasing the likelihood of committing any crime, committing a violent crime, using drugs, becoming a teen parent, relying on government assistance, while quality early childhood education substantially increases the chances for a host of societal goods, including graduating from high school, going to college, owning a home, and having a productive career. Lack of affordable, quality, early childhood education programs is a real problem in our society.

Investing in the neurological, social, and emotional development of our children is the smartest investment we can make. This program provides every child in the state with a total of 60 books over the first five years of their lives, sending one age appropriate book per month for $1.10/book through a partnership with Dolly Parton’s Imagination Library, who has negotiated rates with Penguin Press and the USPS, and who has an early childhood panel of experts who select the books. The program works best when the state provides 50% of the funding for the entire state, and a non-profit organization in each county raises a matching 50% of the funds for the eligible children in that county. For Arkansas, the total cost of the program would be roughly $3 million, with the state’s share being $1.5 million.