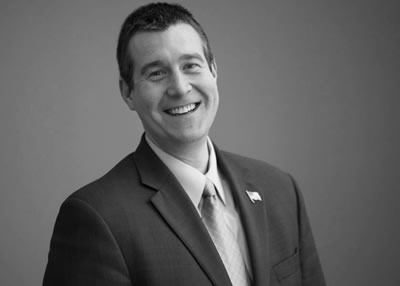 Dayne advanced a vision for Flint and led the city forward into the 21st Century. He served as Mayor from 2009 to 2015. As a former owner and manager of 21st Century Performance—a Flint-based company that worked with non-profits and businesses—understanding that new jobs and a more diverse economy are the keys to our future. He attracted major federal and state grants and also private investments.  He was the first Executive Director of Flint Club, a membership network of hundreds of people who care about Flint.

High youth unemployment rates signify the risk that a great majority of our young students are not prepared to contribute to the economy. Meanwhile, national and community service programs offer great opportunities to address pressing social issues while giving young adults experience that can help them learn how to participate.

Mayor Walling has created a new position of Chief Service Officer in his office to direct national service AmeriCorps, VISTA and community volunteers towards City priorities including safety, blight and education. The Flint National Service Accelerator is a multi-sector partnership that leverages Federal, State and local funds to provide more money for nonprofits to host service positions. The goal is to scale up service in Flint to create opportunities for youth and students that will give them a pathway to employment and higher education while at the same time bettering the community."

Like many older industrial cities, Flint is left with contaminated and abandoned brownfield sites from old factories. These unused sites have been a major impediment to the redevelopment of Flint’s downtown area, negatively affecting the quality of life and economic value of surrounding communities. Unfortunately, the high costs of traditional remediation for such areas often prevent reuse.

Mayor Walling has proposed thinking about redevelopment in a new way -- through the lens of recycling. In a pilot project utilizing this new paradigm, Flint is working to transform the site of a former Chevrolet plant, Chevy in the Hole, into Chevy Commons, a parkland along the Flint River with wetlands, woodlands, grasslands and other green areas. Thinking about “recycling” space means looking to reuse or renew, and requires making success out of failure and converting costs to revenues by finding alternative uses for waste products, working in alignment with natural processes, and serving the public in new ways.

Many school communities in underserved areas lack a physical site for health, education, literacy, employment and human services to be provided. Great schools are community hubs that connect students, families, teachers, nonprofits and businesses into a strong fabric of learning, service, opportunity and prosperity.

Mayor Dayne Walling has helped expand the community schools movement in Flint, Michigan by collaborating with the Corporation for National and Community Service to utilize AmeriCorps volunteers in the process of making schools into community hubs. In the demonstration project in Flint, over 40 Operation AmeriCorps national service members in the new Flint Community Schools Corps will be placed in 4 sites with the assignment of developing volunteers and mentors for the schools. This approach simultaneously addresses both the necessity of boosting student academic performance and the obligation to engage the wider network of parents and leaders in human development. Making schools into community hubs leverages the existing investment in the school building and expands before and after school as well as evening programming opportunities. By collaborating with the AmeriCorp program, Mayor Walling also hopes to encourage volunteerism and national service in local education.