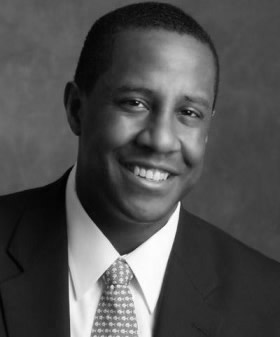 Setti Warren spent more than two decades in public service. He worked alongside his father to help him run a national award-winning program that gave troubled teens work skills and experience. In 1996, Setti joined the Clinton White House where he ultimately served as Special Assistant in the Office of Cabinet Affairs, where he worked repeatedly across organizational lines, bringing diverse groups together to accomplish the President’s agenda. In March 2000, Setti was appointed New England Director of FEMA where he managed a large staff and worked closely with local mayors, members of Congress, and governors to administer vital FEMA programs and deliver resources to cities and towns throughout New England.

After serving as National Trip Director for Senator Kerry’s presidential campaign, Setti served as Deputy State Director for the Office of Sen. Kerry in Massachusetts, working as the Senator’s point person on small business and economic development. In this role, he was responsible for bringing federal assistance to cities and towns across the Commonwealth, connecting countless business owners to loans and vital resources, and bringing federal funding to cities and towns across Massachusetts.  Continuing his family’s tradition of military service, Setti enlisted in the Navy Reserve after 9/11, and in 2008 he completed a year-long tour of duty in Iraq as a Navy Intelligence Specialist.

Many entrepreneurs lack the resources and access to funding they need in order to develop and grow successful businesses. This need is critical now more than ever, as technological advances and globalization continue to transform the economy.

Mayor Setti Warren is helping Newton connect entrepreneurs to the resources they need to start and grow their business by partnering the city with a well-recognized non-profit incubator accelerator, MassChallenge, that has programs in Boston, Israel, and the U.K. The City of Newton has licensed a municipal building to them as a two-year pilot to assess the portability of their programs to a smaller city. This partnership will help spur economic revitalization in the community and connect business leaders to the tools they need to succeed in the innovation economy.

One Stop for Veterans

Current programs established to provide benefits and services to veterans often struggle to find and engage the veterans they are meant to serve. Veterans falling through the cracks to the point of homelessness, unemployment, marriage breakups, higher suicide rates only get help when they hit the bottom.

Mayor Warren proposed a municipally-sponsored Veterans Center, which combined socializing/networking, activities, and speakers along with the opportunity to speak to service providers. This has been a successful model for Newton to better serve the veterans in their community while providing a comfortable environment for them to engage with other veterans.