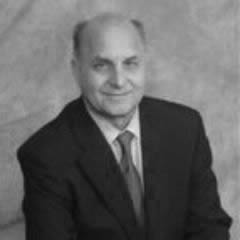 Rob Werner has served as a City Councilor in Concord, NH since his election in 2006 and chairs the Energy and Environment Advisory Committee. He works to make Concord’s future more sustainable by advocating for the installation of solar panels on public buildings and idling reduction technology on city vehicles.  In addition to serving the city of Concord, Rob also serves as the New Hampshire State Director for the League of Conservation Voters, a national advocacy organization that works to turn environmental values into national, state, and local priorities. Rob formerly served as the National Field Director of Americans for Campaign Reform. A public policy analyst and advocate, Rob has organized successful advocacy and legislative campaigns for the American Heart Association, Smoke-Free NH Alliance, and the American Cancer Society. Active in the Greater Concord, NH Chamber of Commerce, Rob serves on both the State and the Local Government Affairs Committees. He is also an Adjunct Professor of Business Administration at Franklin Pierce University.

Climate change represents an existential threat to our environment, ecosystems, economy, and social structures not only in the United States but on a global scale. The current federal administration is engaged in a dramatic roll-back of common sense action to meet the challenge of climate change, abdicating leadership on both a domestic and international basis. As a result, climate leadership must be assertively pursued on a state and local level. Over 125 cities across the United States such as Concord, NH have committed to achieving 100% renewable energy generation by 2050 and are actively implementing projects to move towards this goal.

Concord, NH is providing leadership on both a municipal and statewide basis on practical solutions to meet the challenge of climate change while controlling our energy destiny, creating economic opportunity and jobs, and improving our environment. When the Concord City Council adopted the 100% renewable energy by 2050 goal, a process to create a detailed strategic plan was initiated through an intensive community input process. The plan covers three sectors -electricity, transportation, and thermal energy. Specific projects such as reforming zoning rules to encourage solar development and deploying utility scale solar projects on municipal properties are underway by city of Concord.

Climate change presents a variety of challenges to public health, the built environment, ecosystems, and cultural resources. In New Hampshire, climate change impacts include increased risks for asthma and other respiratory diseases, sea level rise that effects our coastal communties, more frequent and powerful storms, a steep decline in our moose population as a result of the proliferation of ticks, and the negative economic impacts on industries such as maple sugaring and winter sports. The significant reduction of carbon pollution is essential to meet these varied challenges.

Ready for 100 sets the goal of a community transition to 100% clean energy sources by 2050. This ambitious program will address climate change's impacts on health, tourism, and natural disasters on a community level. In addition, the transition creates economic opportunities and job creation impacts by moving from a high carbon to a low carbon economy, and helps ensure Concord can be a leader in innovation.  We established the Concord Energy and Environment Committee (CEEC) to foster community involvement and innovation in meeting energy and environmental goals. CEEC will lead The Ready for 100 campaign and expand the involvement of business and community leaders in this effort.