Yesterday's election was a critical one for our country, as so many Americans rallied to reject the politics of fear and division. Now, it's vital that leaders respond by focusing on what unites us and by getting to work solving the major challenges facing our country.

We are thrilled that NewDEAL Leaders across the country -- state and local leaders who ran campaigns on solving problems and bringing people together -- had a fantastic night, with a new Governor, 3 new members of Congress, and 4 others winning new offices, while 100% of NewDEALers won their re-election bids. We were also proud to see NewDEAL friend and New Democrat Coalition member Congressman Jared Polis win the Colorado Governorship! More successes may still come -- there are still 3 key NewDEALer races to be called in Georgia, Nevada, and Utah. See below for NewDEALers moving to new seats and races to keep an eye on.

With the election behind us and the focus returning to governing, we look forward to promoting NewDEAL Leaders' bold ideas for a policy agenda that moves us forward and expands opportunity for everyone in the new economy by addressing the future of work, fighting the impacts of climate change, and more.

Please see below for detailed results, and don't forget to purchase your ticket for this year's 8th Annual Leaders Conference, where you can join dozens of NewDEALers and other thought leaders to assess the new political landscape and a pro-growth progressive governing agenda that can lead our country forward. 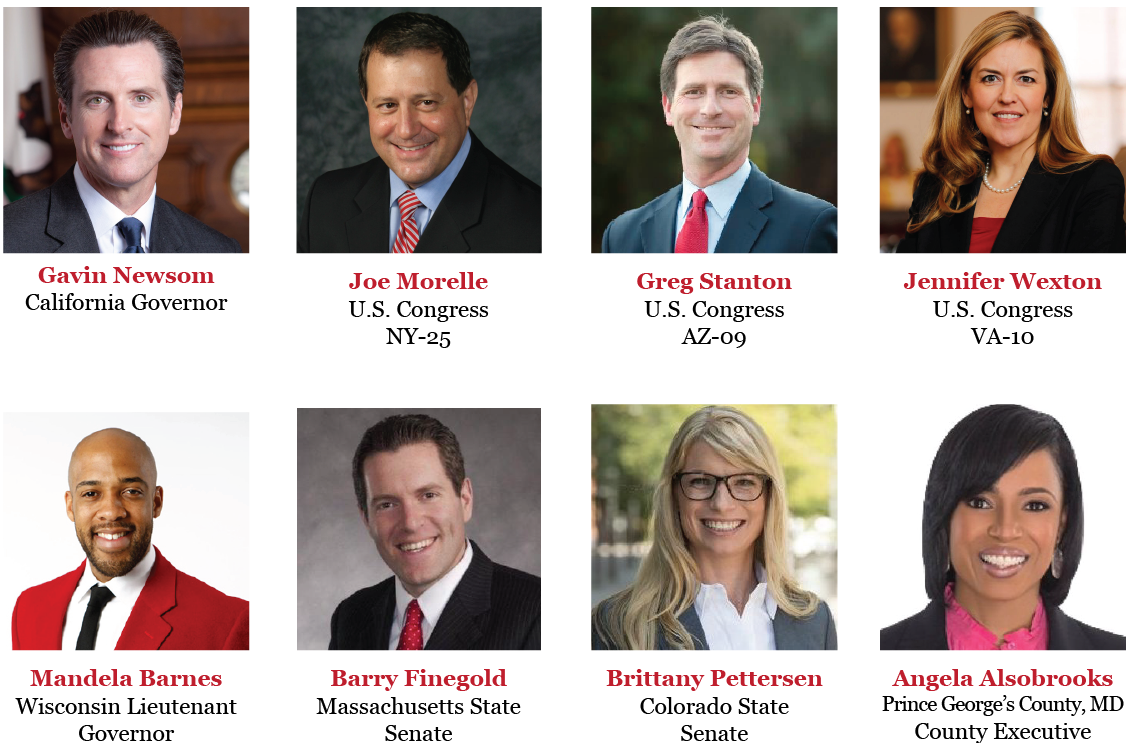 Races Too Close to Call

Congratulations to all the NewDEALers who stepped up to run for office in this important election!